Blender Solidify Modifier – What It Does & When To Use It?

Blender has a vast number of modifiers which is actually a good thing as it makes the tool very versatile and flexible.

The downside is it can make the user feel a little overwhelmed. However, it’s important to note, once you get the basic principles of what each modifier does, it becomes easier to understand under which applications to use them.

In this post we will be discussing the ‘Solidify Modifier’, what it does, and how it works.

Modelling Walls With The Solidifier Modifier

As the name suggests, the solidifier modifier makes your model a ‘solid’, or to be more precise, it adds a thickness to your model.

Therefore, in the example we will be modelling a simple vase and then add thickness to it.

Note: This article was not designed for modelling purposes. However, I felt by creating a model, it will give the viewer (especially those new to Blender) a greater understanding of when and why this modifier should be applied.

Can’t be bothered to read? WATCH THIS ↓ Once you’ve created your model, you will see that there’s no thickness to it. Often you can get away with this when rendering as it is likely you want to show-off the exterior of your model.

However, in the case of the vase. Imagine you are doing render of a room in a house and in this case it is a close up of the vase on a fireplace mantel looking up from above.

It will soon be apparent the model will look a little off as there’s no thickness to it… luckily in Blender, we have the solidifier modifier that can automatically assign a thickness with ease.

How To Assign Solidifier Modifier To Your Model?

So you’ve completed your vase, it has shape and form, but lacks thickness. Essentially it looks something like this!

So how do you assign a thickness to it to make it look like a solid?

Once you model is completed, head over the right side of Blender where you’ll see a list of icon menus.

Step 3: Adding Thickness To Your Model To Make It Solid

Once assigning the ‘Solidify Modifier’ you will notice that nothing seems to happen, but that’s because we haven’t applied the thickness to it as of yet.

To add thickness, simply move the thickness slider to the right and you will see your model’s thickness will start growing.

You get a sense of the flexibility Blender has with its vast array of features. The Blender team have put in the hard graft by developing a 3D package that not only is powerful, but comprises of many sub-tools to make the modelling process easier while also being intuitive.

If you are looking to source even more hidden secrets and tips that Blender has on offer, I would highly recommend reading Blender Secrets by Jan van den Hemel. It’s over 1300 pages and includes 456 tips with collection of every workflow trick, hidden hotkeys and render optimization.

This book is perfect for skimming through and picking up ideas for your next project. 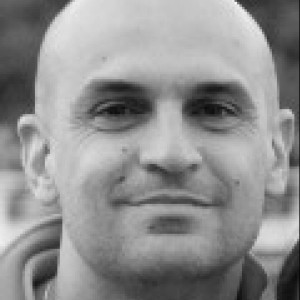 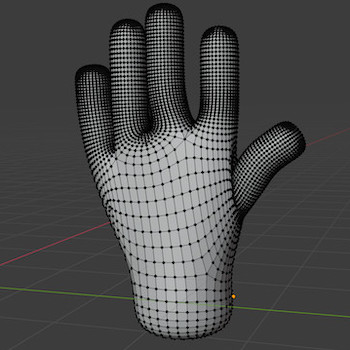 Want to create base meshes for sculpting without having to fiddle with countless vertices? Then Blender’s Skin Modifier is just what you’re looking for.